Poem of the Month

Where Old Fliers Come to Roost

Each month Ancient Eagle Press offers a poem appropriate to the season or the mood of our editorial staff.   Poems may be new or drawn from existing AEP editions. 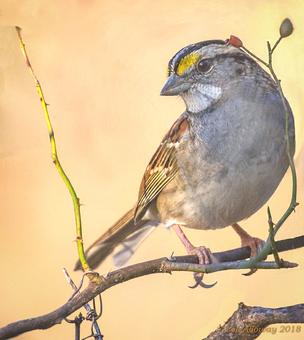 My brothers better all take care,
I have a vicious polar bear,
And if they’re ever mean to me,
He just might bite them on the knee.

When we are in my room alone,
We speak a language all our own,
Cause Mom and Dad would think it silly,
To see me sit and chat with Chilly.

When anybody is around,
He barely makes a polar sound,
And so they’ll never be aware,
He’s more than just an old stuffed bear.

But when the lights go out at night,
And every one is out of sight,
Then Chilly tells me special thing,
Of Eskimos and polar kings,

Of icebergs floating on the sea,
And land without a single tree,
Of months of darkness passing by,
With colors dancing in the sky;

He speaks of foxes that, he said,
Are sometimes white and sometimes red,
Of owls that fly without a sound,
And build their nests right on the ground;

He says that when the winter’s near,
He takes a nap for half a year,
And when he’s finally out of bed,
The sun is always overhead.

I told this to my good friend Ray,
Who said I should be put away,
He tells me Chilly isn’t real,
But when Chilly burps…it smells like seal!

February 2019 -- To My Valentines, Past and Future

January 2017 -- Reflection at a Winter Window