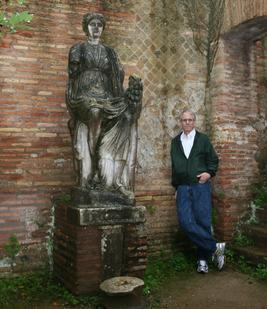 Lee Alloway is the Author-in-Residence at Ancient Eagle Press.  Throughout his careers as a pilot, chemist, musician and civil servant he has produced hundreds of poems and songs which he now shares with us through his books.  Born in Korea, raised in the United States and Europe, he has worked in more than 50 countries primarily in Europe and Asia.  Following the break-up of the Soviet Union, he worked with both Defense and State Departments while leading efforts to reform former Soviet militaries.  He participated in the establishment of NATO's Partnership for Peace, the George C. Marshall European Center for Security Studies, and the School of Advanced Air and Space Studies.  When not writing, he is searching for and photographing insects and birds around the world.